Completion of the CV strengthening course 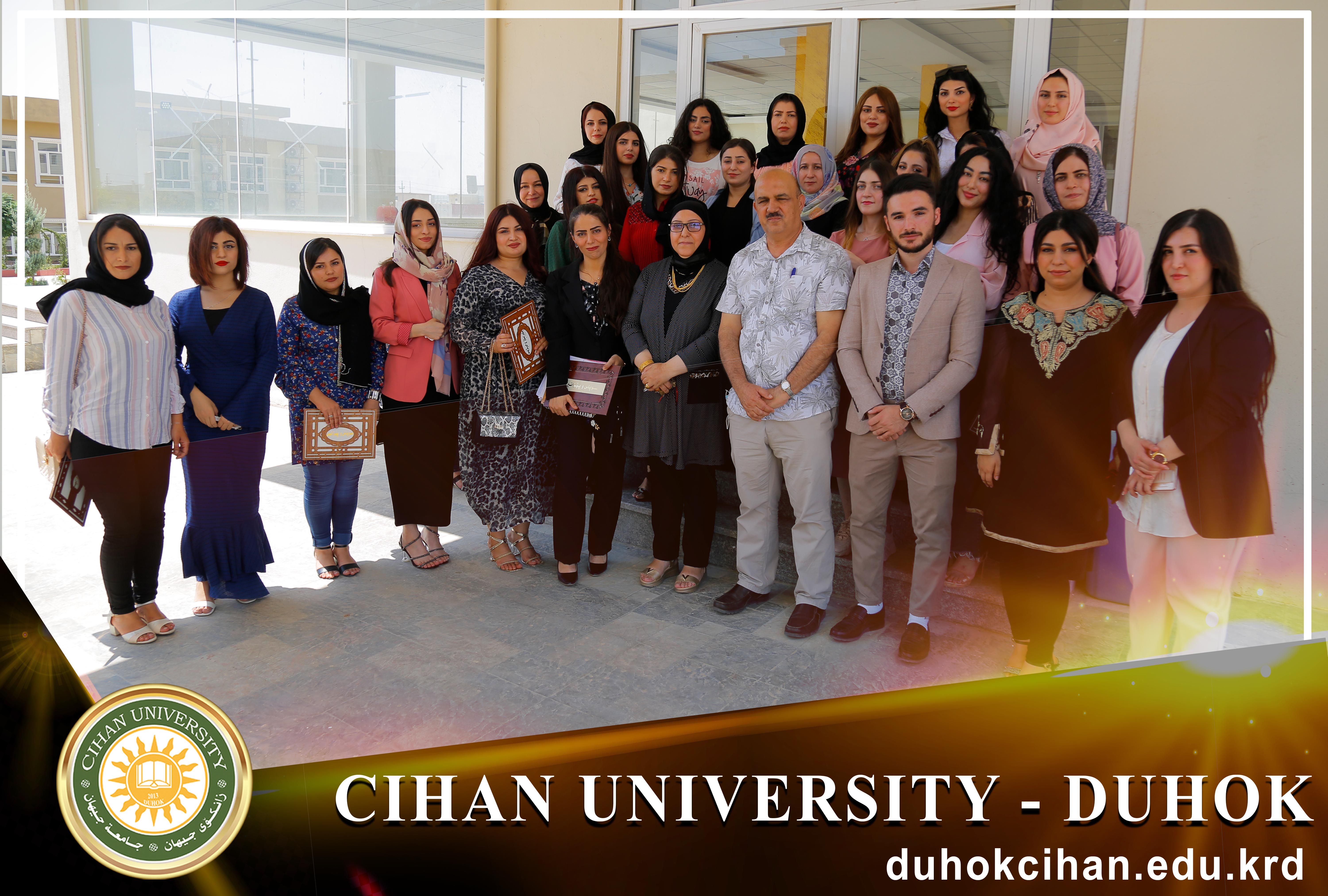 Completion of the CV strengthening course:
Today, on 01/07/2121, and in the presence of Assistant Professor (Dr. Zervan Abdulmohsen Asaad), President of Cihan University - Duhok, ceremonies were held for the end of the courses for (English language, computer science and human development), which were carried out in coordination with (Kurdistan Women’s Union Council). The ceremony was attended by 30 participants from universities and institutes, and the ceremony was attended by Mr. (Bahjat Afdal), the administrative director of the first branch of the Kurdistan Democratic Party and the official of the public office in the branch, Mr. (Bajar Derki) the official of the Tanahi Committee and Mrs. (Zari Nawzad) the official of the Dohuk Provincial Council of the Women’s Union Kurdistan and Mr. (Jakdar Barbahari), the representative of the Universities and Institutes Committee of the Kurdistan Student Union and the accompanying delegation, for his part, the President of Cihan University, in his speech, offered his congratulations to all the participants in the course and affirmed that Cihan University will remain the supreme institution for the development and building of culture.
He also thanked the professors who participated in the course, especially from the Department of English and Computer Science, for their efforts and giving in making the course a success. In a speech to the Dohuk Provincial Council of the Kurdistan Women's Union, Mrs. (Zari Nawzad) gave thanks and gratitude to the presidency of Cihan University for this initiative and attention to societal groups, especially women, building and strengthening their scientific and academic capabilities and developing modern culture. It is worth mentioning that Assistant Professor (Dr. Nowruz Ramadan Khalil), Head of the English Language Department, gave the speech of the professors who participated in the course and expressed on behalf happiness for their participation in presenting this course, which lasted for 15 days and with the participation of 30 participants.
She also expressed their readiness to provide more support for the development and teaching of the English language to any community group. At the conclusion of the ceremony, Ms. (Basna), one of the participants in the course, gave a speech on behalf of the participants and thanked all the professors and Cihan University - Duhok. Certificates of participation in the course were distributed to the participants. 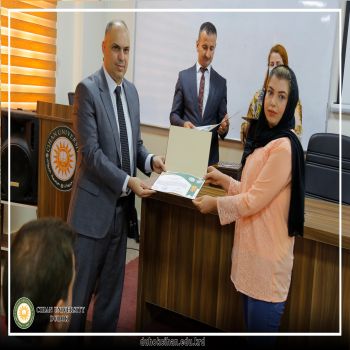 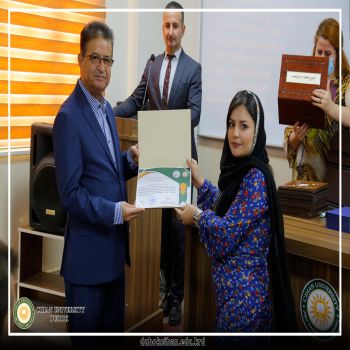 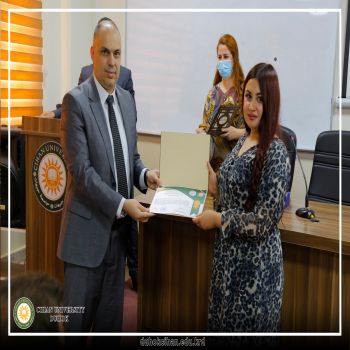 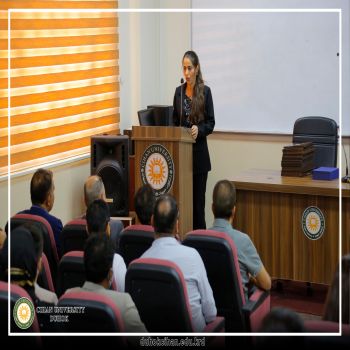 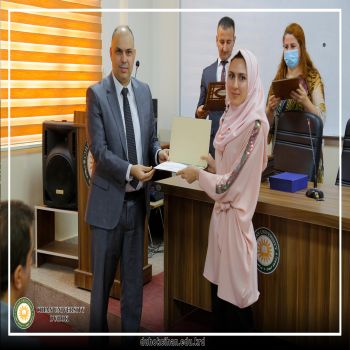 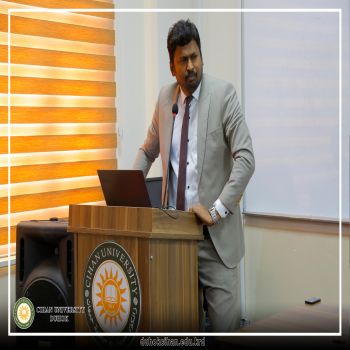 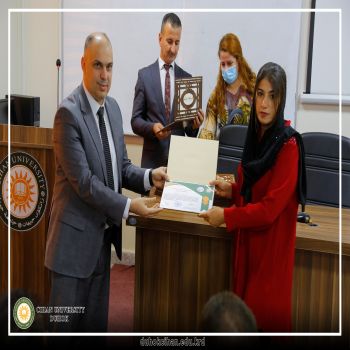 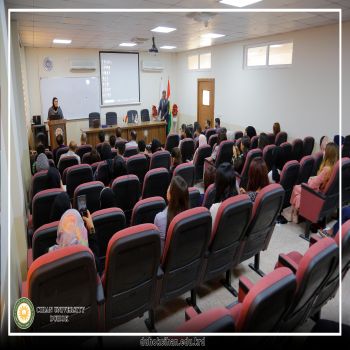 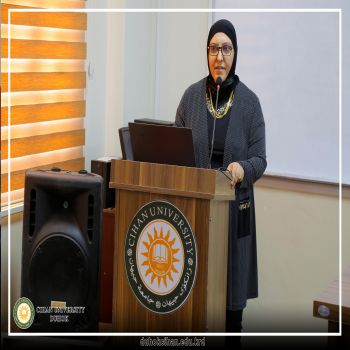 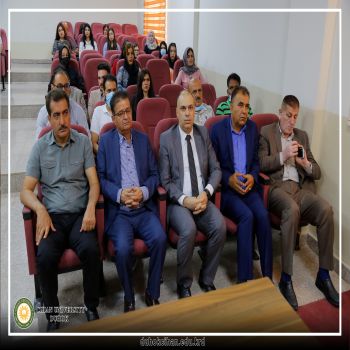 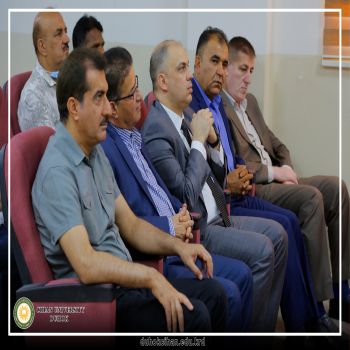 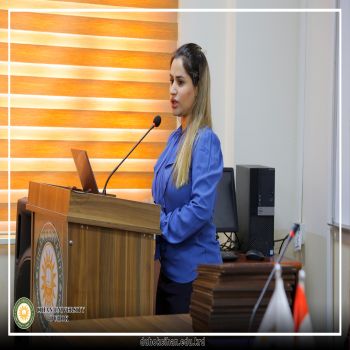 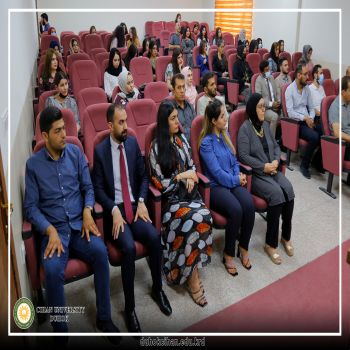 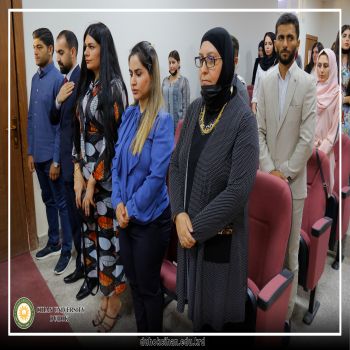 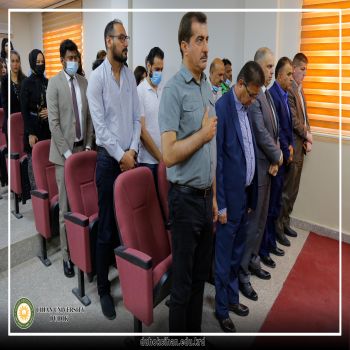 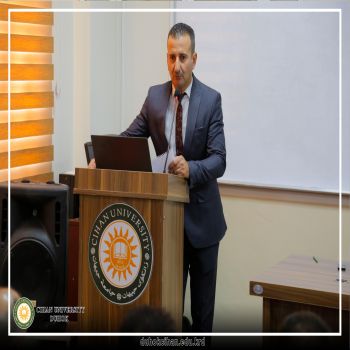 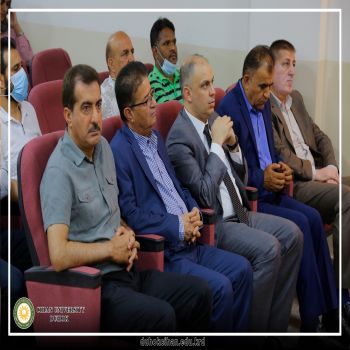 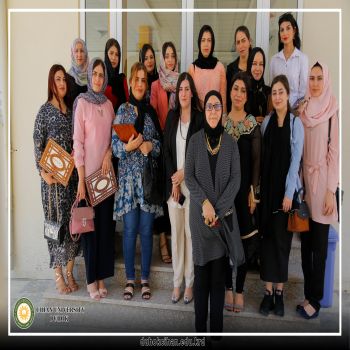 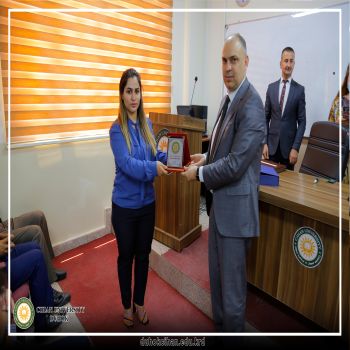 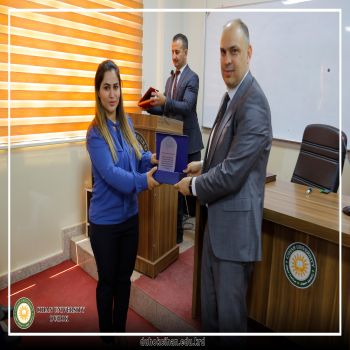 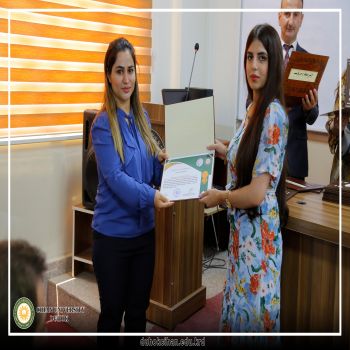 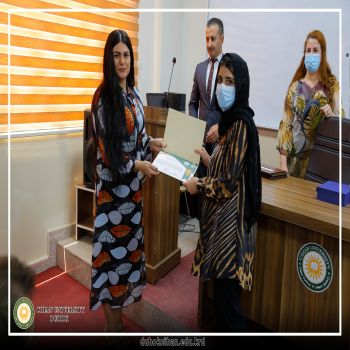 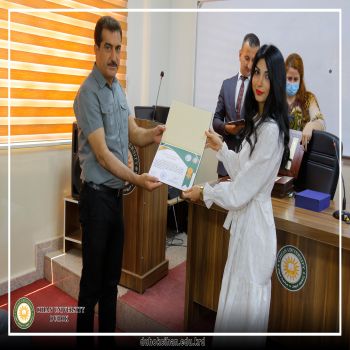 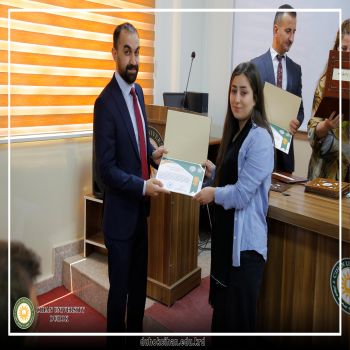 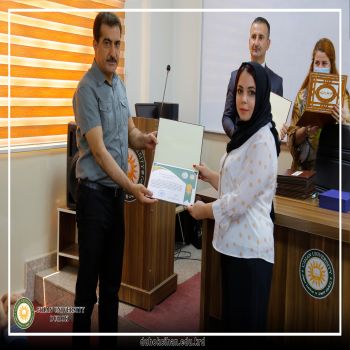 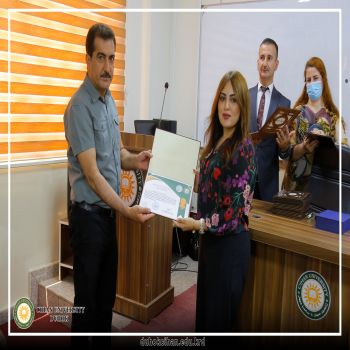