A Workshop sessions on the Zoom platform entitled : The Importance of Pope Francis' Visit to Iraq 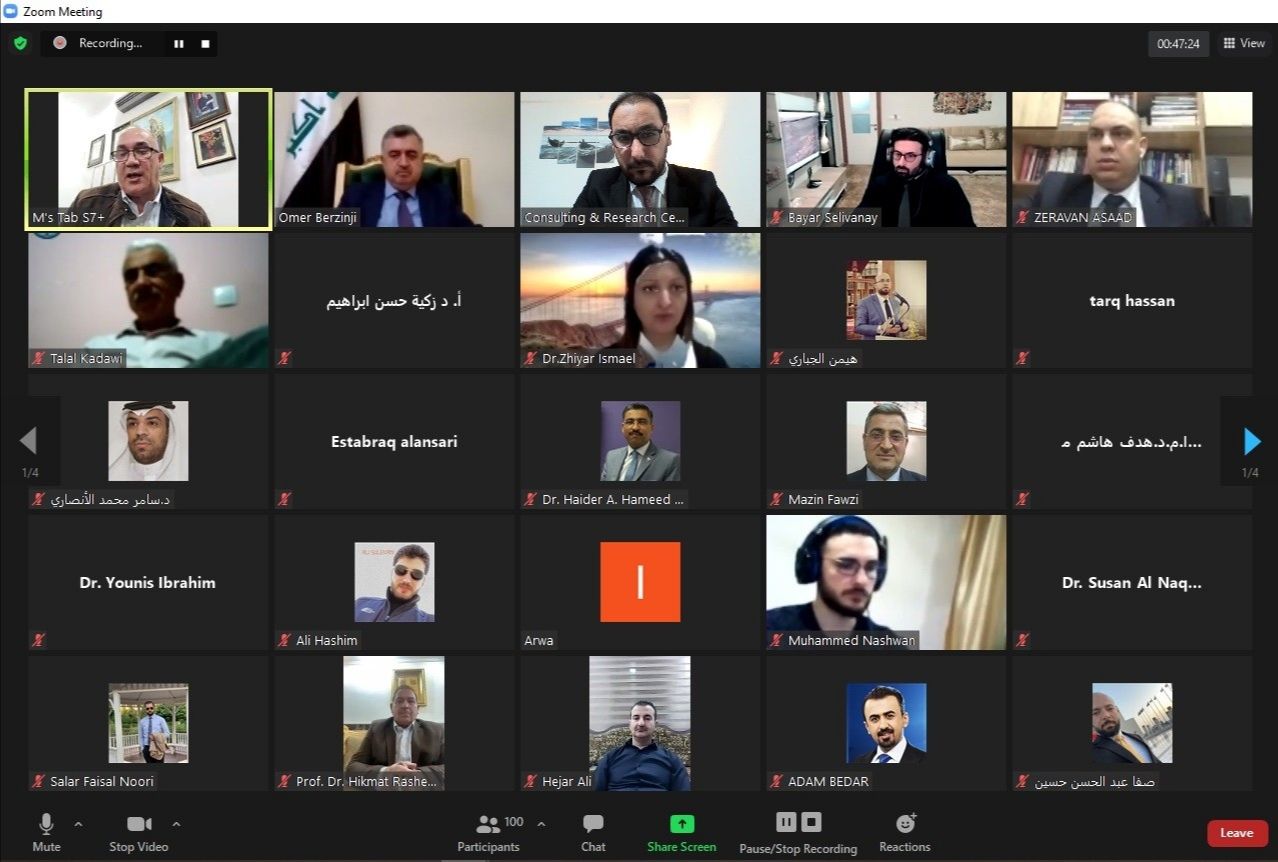 In the presence of the President of the University, Dr. Zirvan Abdel Mohsen Asaad, a Workshop session on the Zoom platform entitled `` The Importance of Pope Francis' Visit to Iraq '' is started and this workshop duration will be for 7 days and each session will be 3 hours
which included three axes
The first axis revolves around `` the nature of diplomatic relations between Iraq and the Vatican ''. It was presented by Dr. Omar Al-Barzanji, the Iraqi ambassador to the Vatican Holy See in Rome in the past, and the Iraqi Deputy Minister of Foreign Affairs in 2016 and the current Iraqi ambassador to the State of Qatar.

As for the second axis, he talked about `` the impact of Pope Francis' visit to Iraq on resolving internal conflicts' 'presented by Professor Dr. Muhammad Ihsan, a specialist in the field of international politics, who holds a PhD from Oxford University and is a former Minister for Human Rights in the Kurdistan Regional Government, who is currently Professor at the Military College of War, University of London.
The third axis: is the focus of questions and answers by the participants in the session.

At the beginning of the symposium, Ambassador Al-Barzanji presented a summary of the date of the start of diplomatic relations between Iraq and the Vatican, as the first envoy of the Holy See to the Kingdom of Iraq was appointed in 1922, Archbishop Francois de Berre, then the first Apostolic Resident (Apostolic Ambassador) was appointed to the Holy See. The Republic of Iraq in 1966 Paul-Marie MAURICE Perrin. On the Iraqi side, the first ambassador of the Republic of Iraq to the Holy See was appointed in 1966, Mr. Hashem Khalil.
He also spoke about the Memorandum of Understanding in the field of tourism cooperation between Iraq and the Vatican, as the Iraqi Ministry of Tourism and Antiquities signed, on 3/27/2014, a memorandum of understanding in the field of tourism cooperation with the Christian pilgrimage Foundation (ORP)
Ambassador Al-Barzanji also talked about the official visits and meetings between the two sides after the year 2003.
On the Vatican side, the Secretary of State of the Vatican City (Prime Minister) Cardinal Pietro Parolin visited Iraq for the period 24-27 December 2018.

As for the second axis, Professor Muhammad Ihsan spoke about the impact and importance of this visit on resolving internal conflicts, and since terrorism in Iraq targeted all components, it is therefore very necessary to exploit this visit to change the negative image of Iraq that is presently in the minds of the international community, so Dr. Ihsan considered The Pope’s visit to Iraq is more important than the visit of the heads of great countries such as Russia, France and the United States of America, because the personality of the Pope bore the importance on the world level, and Dr. Muhammad Ihsan began his speech about the ethnic and religious diversity in Iraq, expressing this diversity is a source of strength for Iraq while preserving every component With an identity, but under the concept of citizenship or group identity.
It also focused on the role of academics to convert these common points between these components into strengths and focus on them through research centers in universities.

After that, the president of the university, Dr. Zirvan Abdul-Mohsen Asaad, asked the speakers about what the economic importance of the visit and why Iraqi society is relying on finding solutions from abroad.
In addition, there were many interventions, questions and good answers that contributed to show the session in the required scientific manner.
The session was moderated by Dr. Nawar Al-Saadi, Director of the Research Center at Cihan University of Duhok. 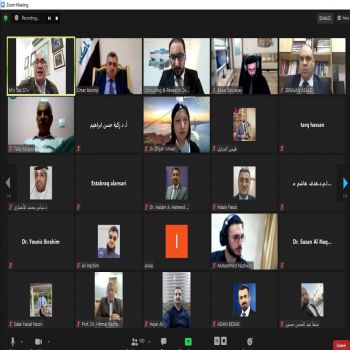 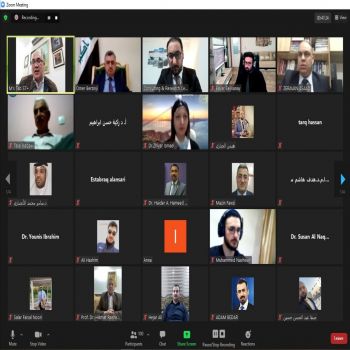 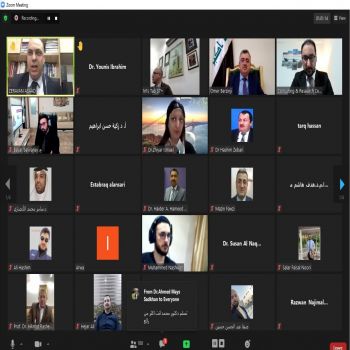 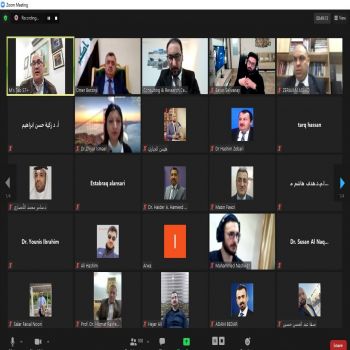 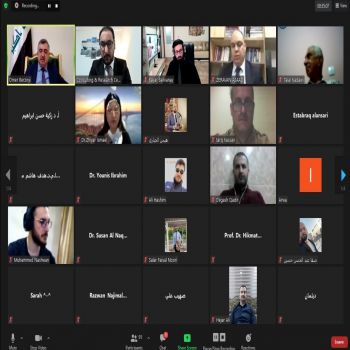 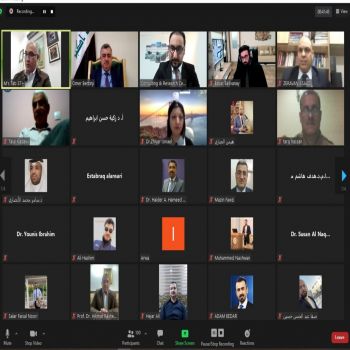 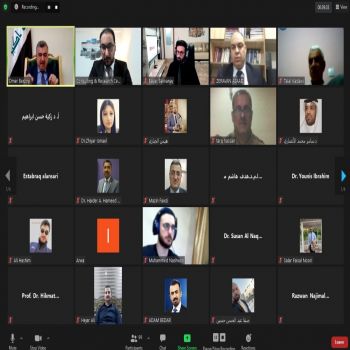 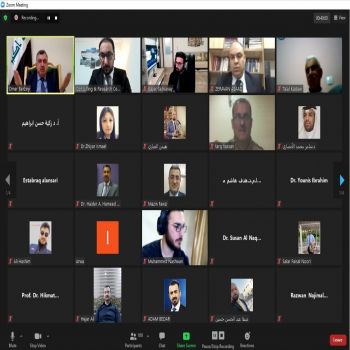